Our experts will reply you very soon.

* Mentioned prices may vary depending upon date of travel, hotel availability, surge pricing and seasonal rush.

The Andaman and Nicobar Islands, one of the seven union territories of India comprising 572 islands of which 37 are inhabited, are a group of islands at the juncture of the Bay of Bengal and the Andaman Sea.[5] The territory is about 150 km (93 mi) north of Aceh in Indonesia and separated from Thailand and Myanmar by the Andaman Sea. It comprises two island groups, the Andaman Islands (partly) and the Nicobar Islands, separated by the 150 km wide Ten Degree Channel (on the 10°N parallel), with the Andamans to the north of this latitude, and the Nicobars to the south (or by 179 km). The Andaman Sea lies to the east and the Bay of Bengal to the west. 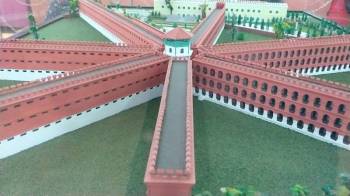 Our representative will receive you at Veer Savarkar Airport, Port Blair and will escort to the hotel, he will also assist you to do hotel check-in formalities. After check-in and little relax, you will be taken to the following places.

Corbyns’ Cove Beach: The Corbyns’ Cove, is a serene and unspoiled soft sandy beach, set in picturesque background of lush green coconut palms and pleasant blue sea. The main attractions of this beach are the inviting water sports. The Corbyns’ Cove beach, situated 8 kms from the City centre is the closest Beach from the city. This coconut- palm fringed beach, is ideal for swimming and sun bathing. After lunch we will move towards:-

Cellular Jail: This historic building was built in the 19th century to look like a wheel with seven spokes. Today only three wings of the seven remain. It took 10 years to complete. It is called ‘Cellular’ because it is “Cells beyond Cells”.

Sound & Light Show: At the National Memorial ‘Cellular Jail’ you can attend the Sound & Light Show where the heroic saga of the Indian Freedom Struggle is brought alive by the means of light and sound at the jail premises, presented in English and Hindi, which takes you back to the British Era.
Day 2:

ONWARD JOURNY FROM PORT BLAIR TO HAVELOCK ISLAND IN CRUISE 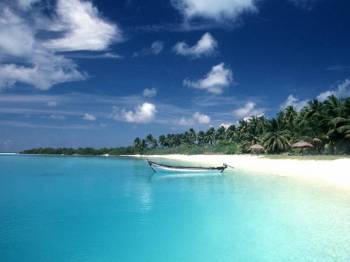 Havelock Island, 54 kms from Port Blair is one among the most popular destination. It's like, if you have come to Andaman and have not visited Havelock Island then your tour is incomplete. Departure from Port Blair Island on a high-speed cruise to Havelock Island. On arrival, our representative will be waiting at the exit of the jetty. You will be greeted and will be taken to the hotel to relax.

After lunch, we head to enjoy the famous Radhanagar Beach in a private AC Vehicle. This beach has been consistently rated as one of the best beaches in Asia. Watch a mesmerizing sunset on this beach before returning to your beach resort to relax and unwind.

This brings an end to a perfect day during your first day at Havelock Island. It is an ideal place for swimming, sea bathing and basking on the sun kissed beach.
Day 3: 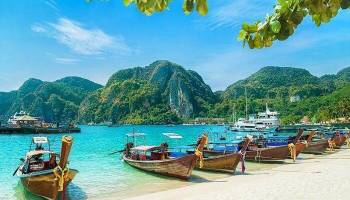 Today after breakfast, trip to Radhanagar Beach (or Beach No. 7) is the jewel in the crown of Havelock Island. Located on the western side of the island, it stands away from the cluster. The glorious white sand beach shot to global fame when Time magazine (in 2004) rated it as the finest in Asia. With lush tropical forest rising on a hill to one side, the draw of this white sand beach has steadily grown in the legion of avid beach buffs.

The popularity of this beach has triggered Ferry from across the Andaman Sea. Travelers Ferry over a few days from Thailand to experience the magic of this beach in particular. A wide beach that runs over a few kilometers, Radhanagar is simply stunning. It lends itself to a variety of Activities.
Day 4: 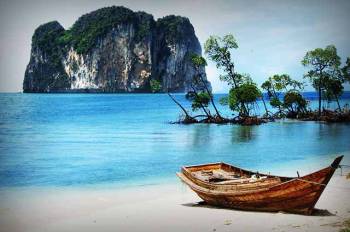 After Breakfast Check out from the hotel, then we will proceed towards Kalapathar Beach. This beach is also one of the best attraction of Havelock Island with a collaboration of sandy and rocky sea view.
Later at evening at 4pm we move towards our return journey to Port Blair enjoying the sea breeze and the sight of the changing colours of the sky of the setting sun and most of the time accompanied by dolphins and flying fishes swimming along the boat.

Note: Do note that many hotels in Andaman Islands have early check-out timing around 8:00 AM. You may avail activities such as boat ride, snorkeling trip, scuba diving or sea walk or you can discuss with our island expert about any necessary suggestion that you may require.
Day 5: 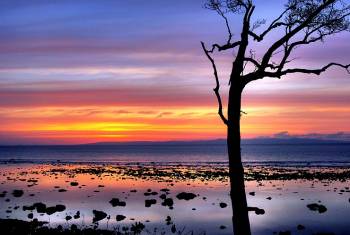 It is an ideal place for snorkelling, sea bathing and basking on the sun kissed beach. Or you’ll visit another island, Red Skin Island.
– An Island in a nice beach and offers spectacular view of corals and marine life.

Later in the evening we go for a shopping trip to purchase gifts and souvenirs for friends and family. Return back to back to your Hotel to get little relax.
Day 6: 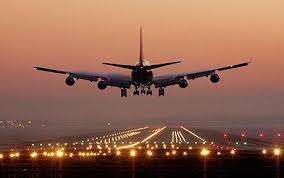 Return home with sweet memories. Do note that hotels have an early check out time and guest will need to keep their luggage in the reception prior to departure, if the flight is scheduled in the afternoon. Depart Port Blair with fond memories of these mesmerizing Islands.